The greatest gift of connecting yoga and mythology is that it aligns your body and consciousness with the cosmos. You pay attention to the seasons, their energies and you in relationship with it.

When that is achieved, magic and miracles happen. Or rather, the boons of the Gods. Most definitely, healing ones appear that can affect the entire planet.

Aligning with the cosmos, reconnecting to the depths, healing the planet by healing ourselves. Mythic images take us there, as does meditation, spending time in nature or creating ritual as we participate in the seasons and delight in uniting with the powerful planetary pulls on our bodies, elements and emotions.

The Mythic Yoga process creates amazing, mysterious results. Over the years I have expressed it in art and poetry via my Personal Mythology series of mixed media collage.

I made one of my first photo paper collages in 2003 a few months before my husband died.
Remarkably, nearly 14 years later, after many years of practice and a personal mythic journey abroad, I made another one.  It symbolized an end of an era. Constant renewal. A new era.

I made the collage during Epiphany 2016. Three Kings Day. It revealed the gifts from doing the work of spirit, of yoga. Of letting go. Surrendering. It revealed the gifts from surrendering to the process of dying during winter solstice, rather than participating in a cultural commercialism that obscures this powerful event. It makes way for a true participatory rebirth of the light, Christmas, within. And then the subtle time afterward gathers energy and space needed to reflect. That's when the Epiphany, awareness, comes.

So much healing. So much joy. That in all of our story, our personal myth, our history is that it brings the gifts, it renews itself in the cosmos as you. And continues to grow and once again cycle through great time and space before its ready to cast everything off once again. The eternal cycle of birth, death, rebirth. That's why letting to so powerful. Constant renewal requires constant release.

Aligning with the cosmos by celebrating the great planetary events such as solstice, puts you in deep connection with the depths. Now we continue with the year, building psychic energy with the gifts in January's winter depths.  As if it were inseminated inside a womb. A seed buried in the earth. A seed sprouting along a river, in a dream, now awakening to consciousness and bliss at midwinter before it sprouts above ground, in new consciousness, birth, in the spring before yawning toward the fullness of summer, only to repeat the cycle all over again. Eternal life.

A fig, a rose, a dove, a swan, the god Rudra, as us, always transforming our lives in our dreams, our thoughts, as we become aware of them and awaken from the dream and become sat, chit, ananda, being, consciousness and bliss. OM SHANTI and happy new year, eternally. 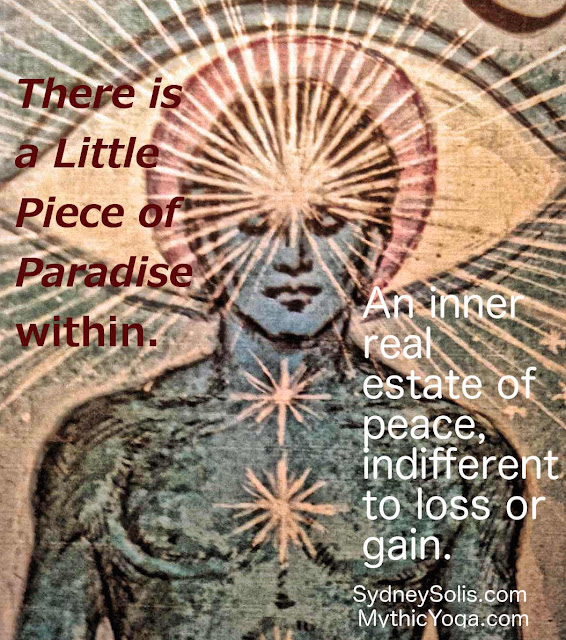